Fall means a new school year, pumpkin spice everything, and, of course, football. Here on Chicago’s North Shore, we have our very own Big Ten team to root for: the Northwestern Wildcats. After their second Big Ten Championship appearence in three seasons, the Wildcats are looking to be even better this year, but it won't be easy as the Big Ten is one of the country’s best conferences.

We took a look at all the teams that will be making their way to Evanston this year so you can be prepared for any trip you make to Ryan Field (be sure to get your tickets ASAP).

Plan out your weekend on Chicago's North Shore with the buttons below from where to stay, what to do (besides the game of course) and where to eat. 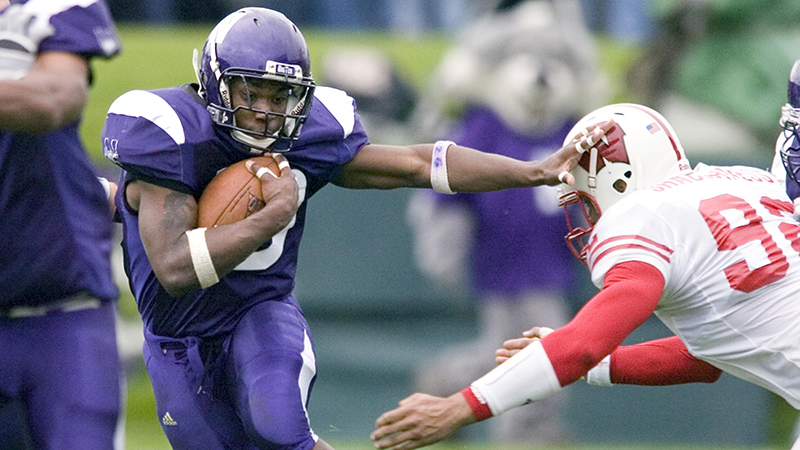 Sept. 25: Ohio, 11:00 a.m. Tickets
With a new head coach and only three games played in 2020, the stakes are against Ohio in this game who are predicted to have 35% chance of winning this game. That being said, they rounded out last year with a 2-1 record, averaged roughly 35 points per game and have a fair amount of returning defensive starters from last season. Oct. 16: Rutgers, 11:00 a.m. Tickets
Mark your calendars: Northwestern will welcome back alumni and fans for this year's Homecoming game on Oct. 13. The opponent? The Rutgers Scarlet Knights. Rutgers last met Northwestern on the field in 2018, with Northwestern taking the W. Northwestern is slated to win again this year in their first Big Ten Conference home game. Oct. 30: Minnesota, TBD Tickets
With one of the most veteran teams in the country, and 10 of 11 returning starters, the Gophers have no reason to lack confidence on the field this season. Running Back Mohamed Ibrahim, named Big Ten Running Back of the Year, had 15 touchdowns last season in just 7 games. This game will likely prove to be a tough matchup for the Wildcats. Nov. 6: Iowa, TBD Tickets
In their final game of the season at Ryan Field the Wildcats play the Iowa Hawkeyes. Coming from a one-point win over the Hawkeyes in 2020, and winning 4 of the last 5 matchups with Iowa, this game is likely to prove a good matchup for the team’s last home game. This could be a win for Iowa, but with a Pat Fitzgerald at Northwestern’s helm anything is possible and the only way to know for sure is to watch the game play out. Nov. 20: Purdue, TBD at Wrigley Field Tickets
Ever had the chance to watch a college football game play out on a MLB baseball field? Now's your chance as Northwestern takes on Purdue for the Wildcats Classic at Wrigley Field. coming off of a 27-20 win against Purdue in 2020, Northwestern's defense will likely determine whether they win this game or not. With the unique setting and strong matchup, it should be an exciting game.

Who Says, Who Shows, What Counts: Thinking about History with The Block’s Collection

Rise Up: Stonewall And The LGBTQ Rights Movement

Shanghai: Safe Haven During the Holocaust