Once very much a dry town, Evanston now boasts multiple breweries and distilleries that are making award-winning brews. 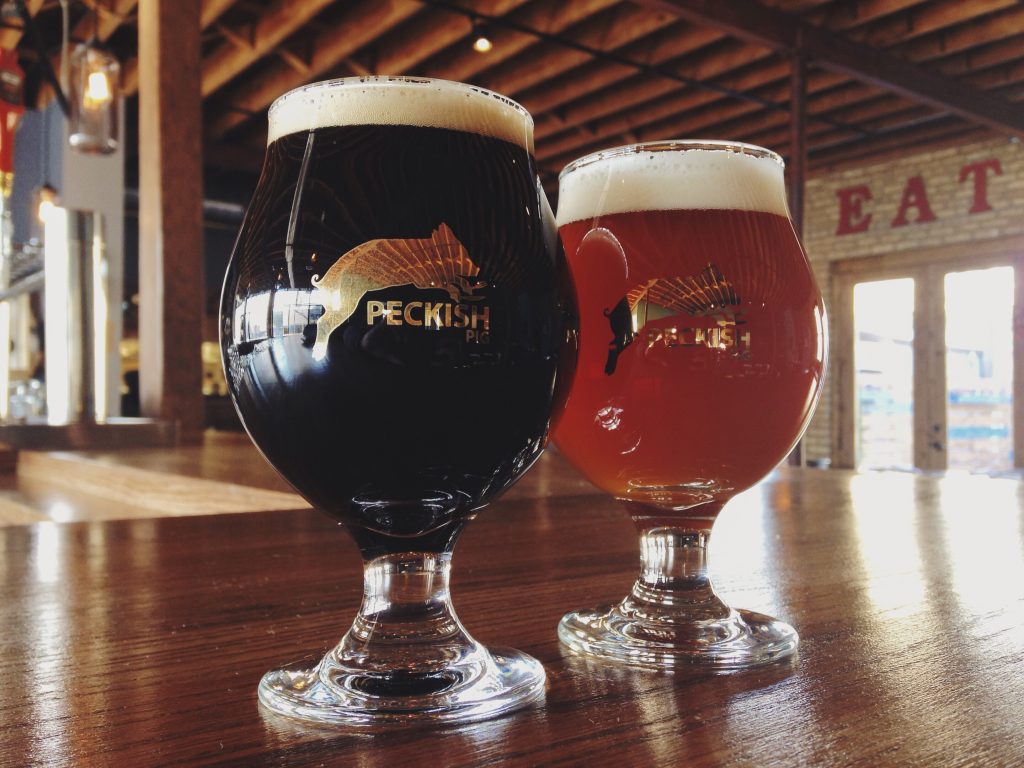 Restaurant and brewery Peckish Pig opened in March 2014 after Debbie and Jamie Evans had been approached by the City of Evanston about the Howard Street Revitalization Project.

“I have always loved a challenge,” Debbie says. “The development of Howard Street was an added bonus to opening something new. Being a business that could be involved in the transformation and improvement of the city was a really big selling point.”

“I have lived in Evanston for 22 years and love the diverse community and the support small businesses receive here,” Debbie adds. “I want to be a part of my community and add to it to make it a better place for everyone to live.”

Today, Peckish Pig’s most popular beer is the India’s Panic Attack, the first beer produced at the brewpub.

“[India’s Panic Attack] has always been on tap and people know it by name now. We have won a couple of awards for our beers and we take much pride in the fact that the food is something that keeps our guests coming back.” 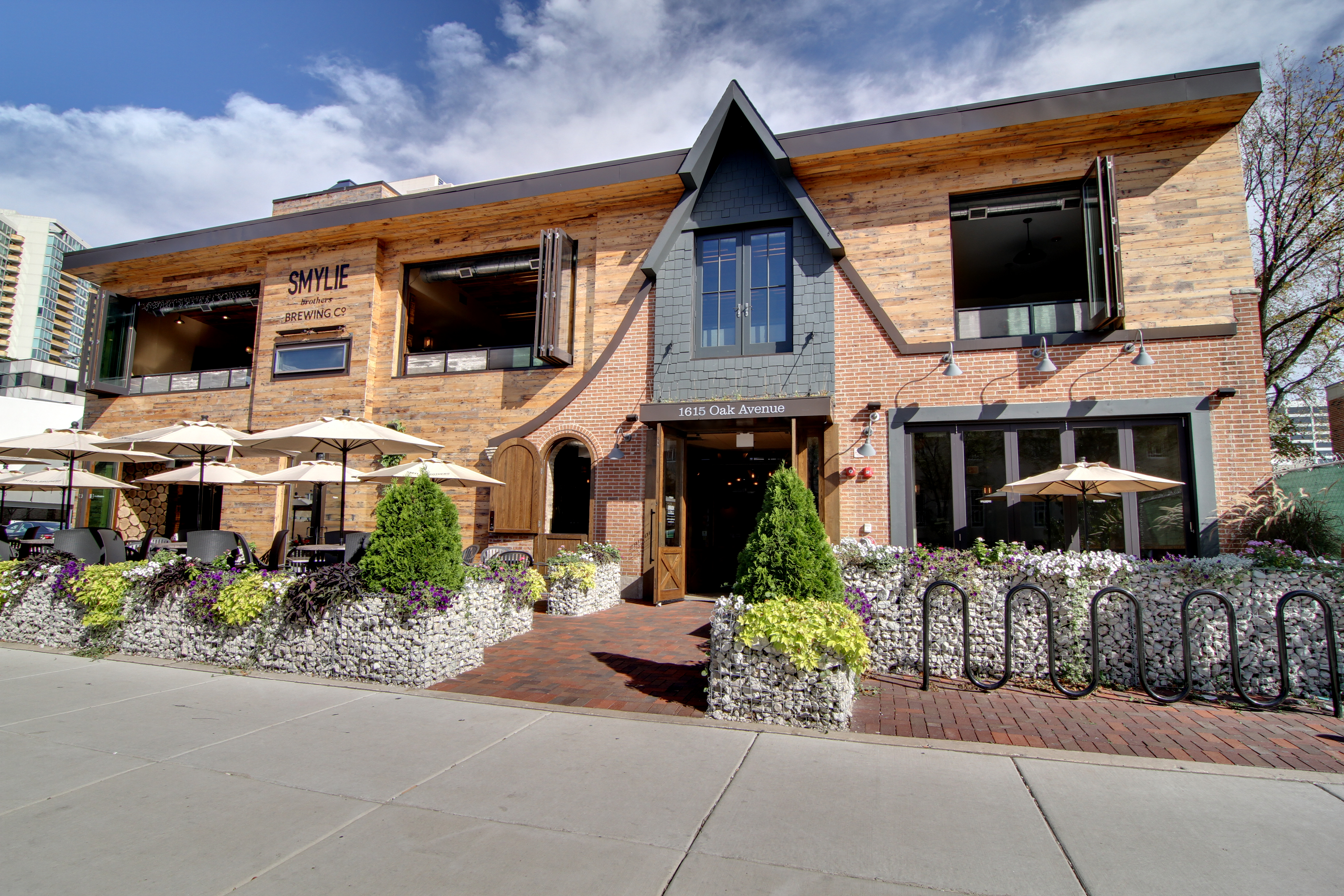 The idea for Smylie Brothers Brewing Co. began when owner Mike Smylie was a student at Colorado State University. “Fort Collins had such an unbelievable beer scene at the time and I was headed back home to Chicago where there was not a ton of craft brewing going on,” Smylie says. “I ended up going into commodities for about 10 years and really missed all the great beer from Colorado. I started home brewing as a hobby back then trying to replicate the styles and flavors I missed.”

Eventually, Smylie went back to school for a degree in Business and Culinary Management, worked at multiple restaurants around Chicago, and learned Texas-style barbecue from his dad (a San Antonio native), “all with the goal of opening a brewpub that focused on barbecue and great beers to pair it with,” Smylie says. Working with his mom, four younger brothers, and a friend, Smylie raised the funds needed to convert the old Evanston Market into the 300-seat Smylie Brothers Brewing Co., which opened in 2014.

Smylie says opening the brewpub in Evanston was an easy decision. “We grew up in Winnetka, but constantly came down to Evanston for dinner and movies. It’s also a semi-urban environment with a university, so it reminded me of Fort Collins. Doesn’t hurt that it has both the Metra and the ‘L’ running right through its downtown area, making it very accessible to both the suburbs and the city of Chicago.”

Smylie Brothers’ most popular beers include the Helles-style Lager, Farmhouse Ale, and “whatever IPA we happen to be playing with at the moment,” Smylie says. “We also have ‘Purple Line’, a Hefeweizen with blackberry, blueberry, and hibiscus that has won us silver and bronze medals at the Great American Beer Festival.”

“Purple Line” is only available during summer, so stop by to enjoy a pint on the brewpub’s large patio. Smylie Brothers can also host events in their mezzanine or private dining room. And Smylie adds that they strongly encourage making a reservation through Reserve if you plan on visiting during the weekend. 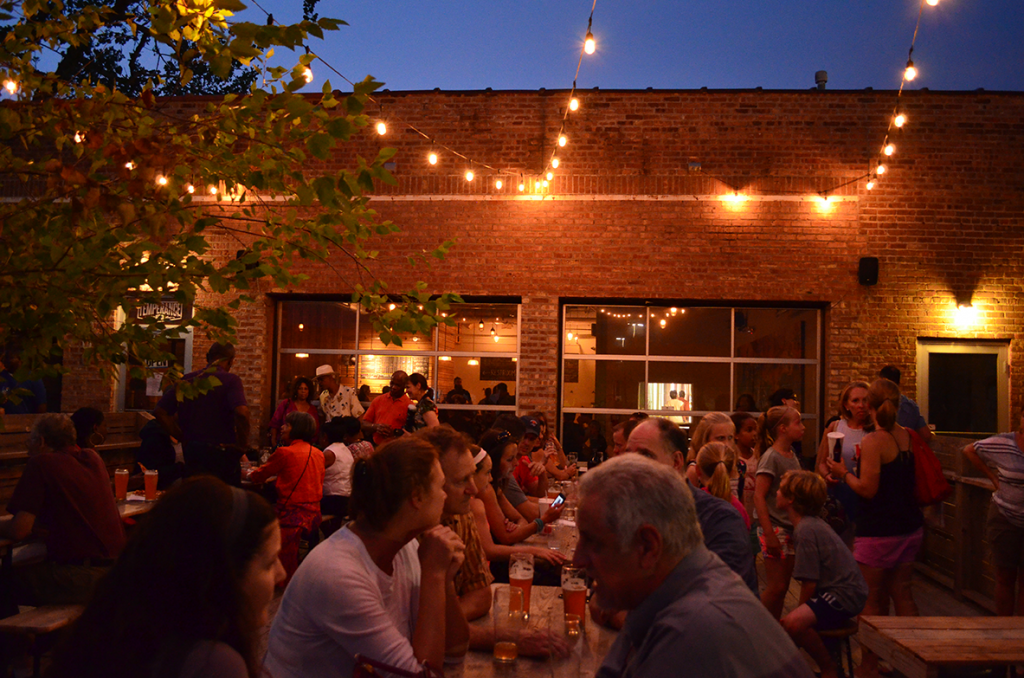 After the financial crisis in 2008, architect Josh Gilbert needed to find a new passion. In 2013, after moving back to Evanston, Gilbert put two and two together: As a home brewer, he enjoyed making beer, and Evanston didn’t have a brewery.

“I wanted to be in Evanston because I had that hometown connection, but also since Evanston had this tortured history with alcohol, that made it even more special to be the first brewery in Evanston.”

In the summer, one of Temperance’s most popular beers is Greenwood Beach, a blonde ale with pineapple. Their Gatecrasher (IPA) has won a gold and silver medal at the Great American Beer Festival, and Might Meets Right, an imperial stout, is also a popular pick.

“[Temperance] can be a little hard to find,” Gilbert says, “but once you get here it’s a comfortable, fun environment that is open and welcoming to everyone.”

4 More North Shore Breweries and Distilleries You Should Visit

This entry was posted in Dining, .