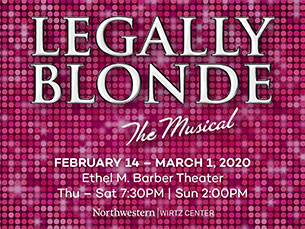 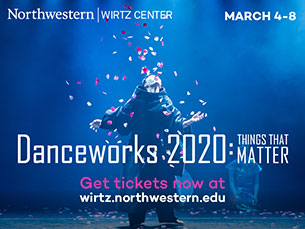 It might be cooling down outside, but stages on the North Shore are just starting to heat up. This fall, local, award-winning theaters will be offering a variety of shows, from classic tales and world premieres to thought-provoking plays and laugh-out-loud comedies. Whatever your interest, you’ll want to be in the audience for these can’t-miss shows.

For more info what to see and do on Chicago’s North Shore visit check out our detailed Calendar of Events and follow our Facebook page.

Writers Theatre
325 Tudor Court, Glencoe
Once named the top regional theater in the country by The Wall Street Journal, Writers Theatre has been wowing audiences since 1992, and has been doing so in their state-of-the-art, Studio Gang Architects-designed facility since 2016.

Through Sept. 29, theater lovers can catch “Vietgone” by Qui Nguyen, who may or may not have been inspired by his parents’ story when writing this tale of two young adults who meet in a Vietnamese refugee camp in the mid-70s. “Vietgone” is “equal parts road-trip adventure, buddy film, romantic comedy and ‘Hamilton’-esque rap musical.”

And starting Nov. 7, Shakespeare’s classic “Twelfth Night, Or What You Will” will come to life under the direction of Writers’ Artistic Director Michael Halberstam. It’s not to be missed! 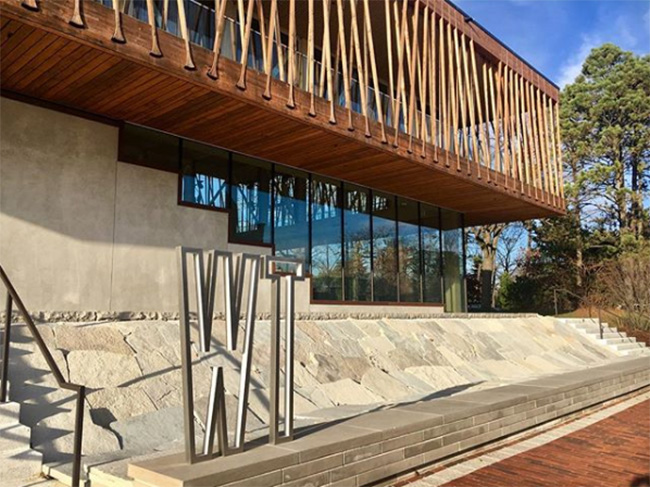 Northlight Theatre
9501 Skokie Blvd., Skokie
The mission of Northlight Theatre is to "promote change of perspective and encourage compassion by exploring the depth of our humanity across a bold spectrum of theatrical experiences." To live out that mission, Northlight will begin their season on Sept. 13 with the opening of "Curve of Departure," set to run through Oct. 21. The play centers around a group gathering for the funeral of "a man they loved but did not like." “Rachel Bonds' 'Curve of Departure' is a delicate and heartfelt examination of a family, retracing their steps through a painful past, and forging a path towards a hopeful future," said Artistic Director BJ Jones in a press release. “With a cast headed by Mike Nussbaum and Penelope Walker with Sean Parris and Danny Martinez, this is a strong ensemble piece that will touch your heart and open your mind.”

Then, from Nov. 8 to Dec. 16, Northlight will present the world premiere of "Mansfield Park." Based on the novel by Jane Austen, this play is written by Kate Hamill, who also adapted "Sense and Sensibility" and "Vanity Fair." 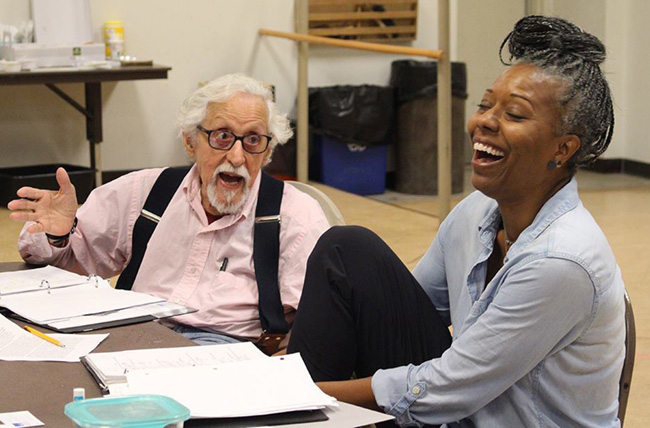 Oil Lamp Theater
1723 Glenview Road, Glenview
Oil Lamp Theater's intimate venue in downtown Glenview (the goal of the 60-seat theater is to be "home-like and welcoming") is the perfect place for this local theater to live out its mission to "not only ... stimulate interest in the performing arts but also ... promote a sense of, and provide a service to, the community."

Running through Sept. 23, "The God Committee" is a look inside the life or death decisions that must be made in a hospital transplant program. And starting Oct. 4, Oil Lamp will present "The Front Page," which originally premiered in 1928, "an irresistible comedy with thrills and derring-do set in the newsroom." And lastly, don't miss "It’s a Wonderful Life – A Live Radio Play" during the holiday season (Nov. 29 to Dec. 30). This "show within a show" will provide a new way to experience the classic story of George Bailey.

Oil Lamp is BYOB, and freshly baked cookies, snacks, and soda are provided free of charge. 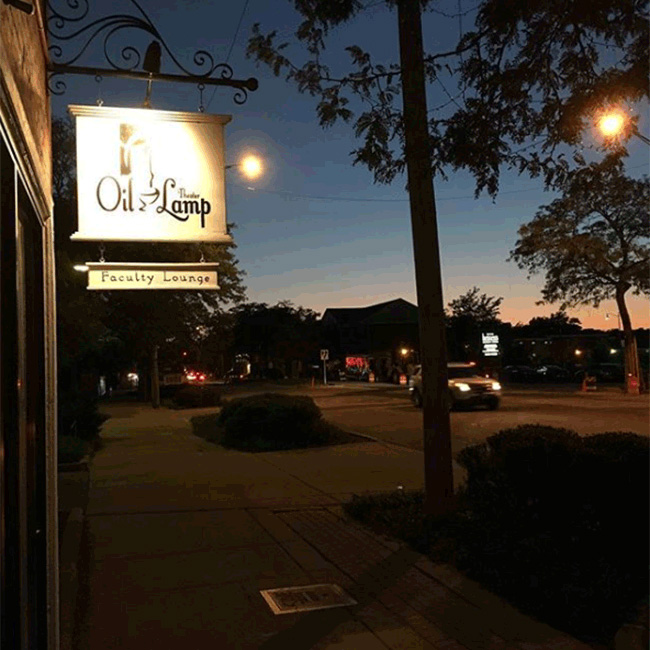 North Shore Center for the Performing Arts
9501 Skokie Blvd., Skokie
In addition to housing the aforementioned Northlight Theatre, this theater complex welcomes a variety of shows and performers throughout the year "to provide cultural, literary and educational programs to benefit Chicago’s North Shore." One such show is "Wiesenthal," a one-man play about Simon Wiesenthal, or "the Nazi hunter." Starring award-winner Tom Dugan, this play tells the true story of a man who brought more than 1,100 Nazis to justice. The show will only be in town Oct. 20-21, so get your tickets now to guarantee your spot.

Also on stage on Oct. 5 is We Banjo 3, an Irish band featuring banjo, fiddle, mandolin, guitar, percussion and harmonies. We Banjo 3 offers a marriage of Celtic and bluegrass songs. Discover two wonderful jazz performers in a special double-bill concert with Cyrille Aimee and Stanley Jordan on Oct. 6 and on Oct. 27 be mesmerized by the movements of Inaside Chicago Dance. 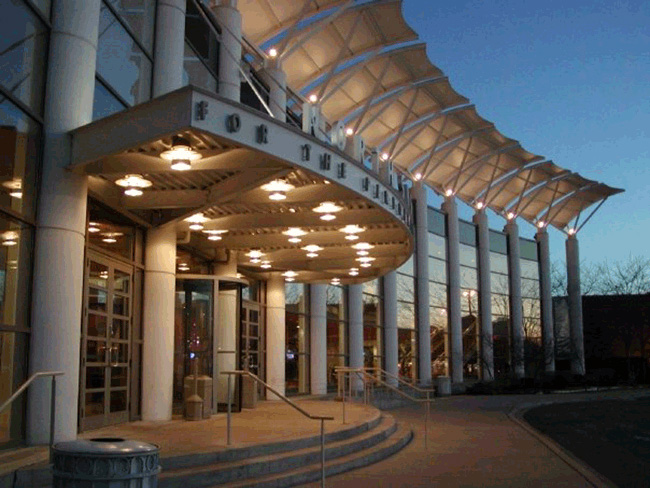 Enjoy an afternoon at the theater with your kids for Harold and the Purple Crayon, here for one weekend only. Watch as an adaption of the popular children's book comes to life on stage on Sept. 29-30. Come back with the little ones between Nov. 2-18, to explore a day in the life of the Peanuts gang in You're a Good Man, Charlie Brown.

From Oct. 26 - Nov. 11, step into the world of Jane Eyre and discover the secrets of Thornfield Hall in Polly Teale's adaptation of this classic Charlotte Bronte novel. Watch a Broadway chorus audition come to life in the class musical, A Chorus Line, from Nov. 9 - Dec. 2. 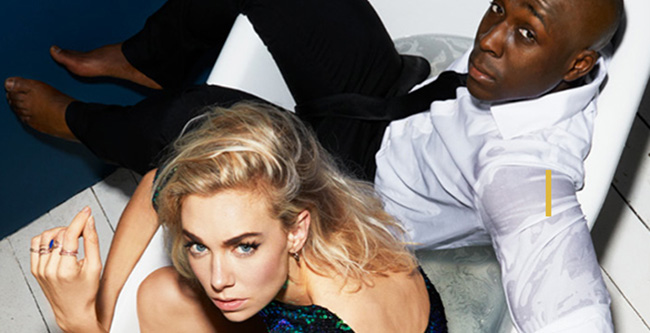 <--- Unique Sites to Tour in Evanston During Open House Chicago