Fall means a new school year, pumpkin spice everything, and, of course, football. Here on Chicago’s North Shore, we have our very own Big Ten team to root for: the Northwestern Wildcats. After going 10-3 in 2017, the Wildcats are looking to be even better this year. According to ESPN, “Pat Fitzgerald's program has averaged nine wins in each of the past three seasons and should remain a team to be wary of in 2018.” But it won't be easy as the Big Ten is one of the country’s best conferences.

Ahead of the team’s first game of the season (Aug. 30 at Purdue), we took a look at all the teams that will be making their way to Evanston this year so you can be prepared for any trip you make to Ryan Field (be sure to get your tickets ASAP). 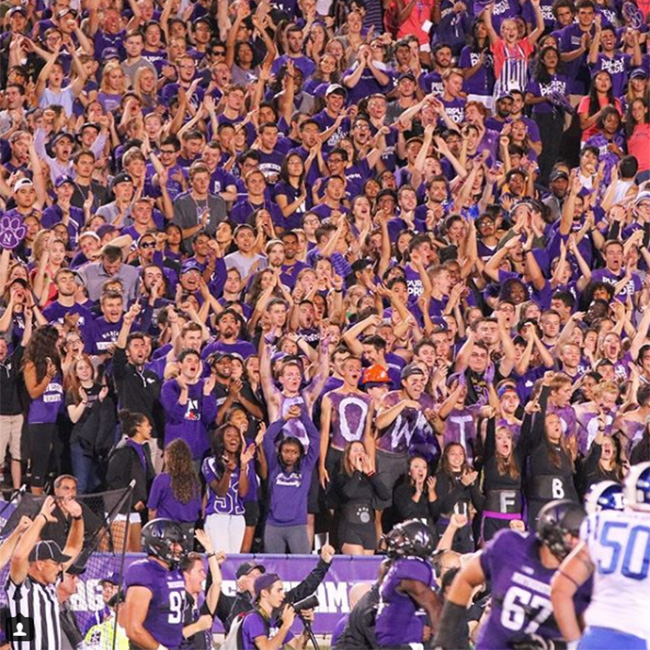 Your first chance to cheer on the Wildcats at home comes when Northwestern takes on Duke. Last season, the Blue Devils finished fourth in the Atlantic Coast Conference, but Coach David Cutcliffe told The News & Observer that this year's Duke team might be his most talented and athletic on paper. It should be a good matchup for the team’s first home game.

The following weekend, Northwestern will battle Akron on the Big Ten Network. The Zips played in the 2017 MAC Championship Game, but also haven't beaten a Power 5 opponent in the past three years. Learn more about this Northwestern opponent with Inside NU’s in-depth look at the team.

The first conference opponent to roll into Evanston will be the Michigan Wolverines, who are coming off of a season that ended with a loss in the Outback Bowl. The Wildcats will hope to start their home conference schedule strong with a W. 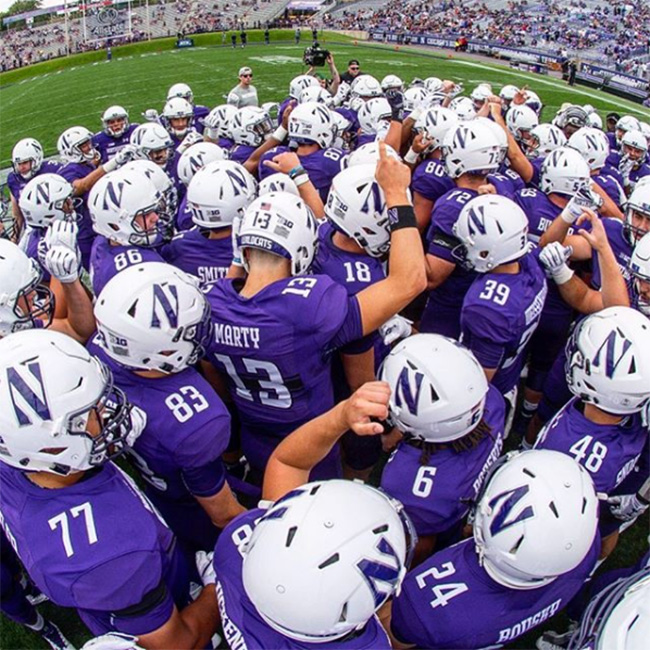 Oct. 13: Nebraska, 11 a.m. Tickets
Mark your calendars: Northwestern will welcome back alumni and fans for this year's Homecoming game on Oct. 13. The opponent? The Nebraska Cornhuskers, who hired Scott Frost in the offseason and are hoping a new coach will lead them to a much better record than last year's (4-8).

Plus, find everything you need to know about Reunion Weekend, including class parties, lectures and tours, and more, on Northwestern's alumni website.

Oct. 27: Wisconsin, TBD Tickets
Northwestern will welcome in Wisconsin for this year's Family Weekend, which will also consist of tours, lectures, a pre-game tailgate, and more. Before the season even begins, this has the makings of a tough matchup as the Badgers seem poised to make a run at appearing in the College Football Playoff this season. 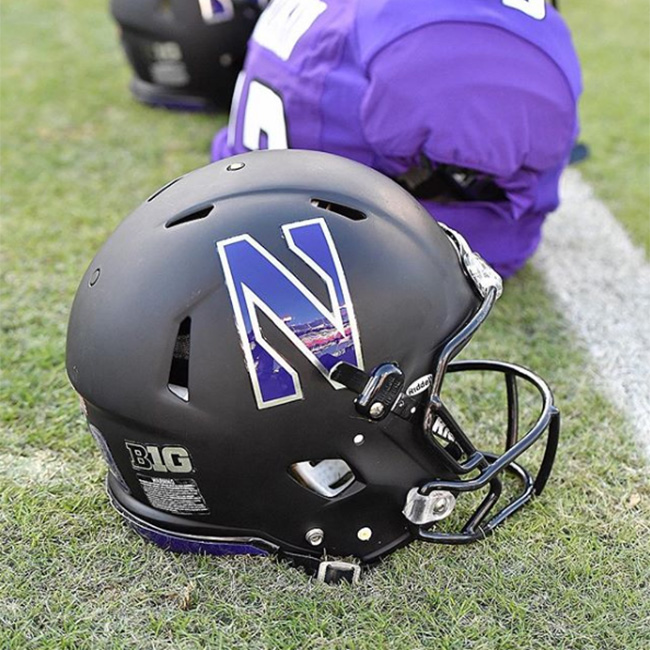 Nov. 3: Notre Dame, TBD Tickets
The Wildcats will take the field against the Fighting Irish for their second-to-last home game of the season. Notre Dame is coming off of a successful 2017 season and is looking to build off of that momentum this year (ESPN even thinks they could make a surprise run at the College Football Playoff). Fortunately, Northwestern is also coming off of a successful season. This should be a fun matchup late in the year.

Nov. 24: Illinois, TBD Tickets
The final game of the season at Ryan Field comes just a couple days after Thanksgiving, so you can hopefully enjoy it with family and delicious leftovers. Although 2017 did not go as hoped for the Illini, ESPN writes that this year's team has "a youthful roster that features promising skill at running back with Mike Epstein and the return from multiple injuries of veteran wideout Mike Dudek. Defensive end Bobby Roundtree and safety Bennett Williams are back as talented sophomores." 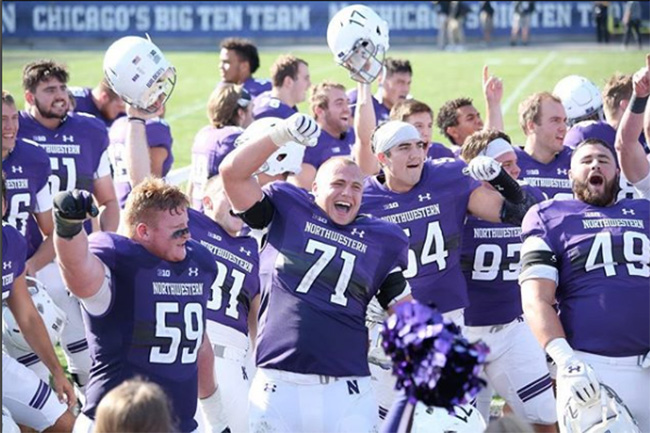