Your DO List: Fun Events on Chicago’s North Shore This March Watch for signs of spring as the days get longer—that means more time for fun! March on the North Shore bursts with college basketball taking center court, entertainment venues staging favorites and world premieres, and area hotels enticing with amenities and deals. Get the scoop when you explore What’s There to Do in Chicago’s North Shore. Do it! More than just a gardener’s delight, the exceedingly popular Orchid Show dazzles the senses of every visitor to this annual must-see event. This year’s exhibit explodes with the unexpected whims of wild orchids. Experience these tropical beauties overtaking an old secret garden, twining around forgotten pillars, and breaking through the whimsical spaces of our imagination. You’ll bask in the extraordinary colors and fresh blooms of thousands of orchids and other sultry plants strolling through this stunning display. 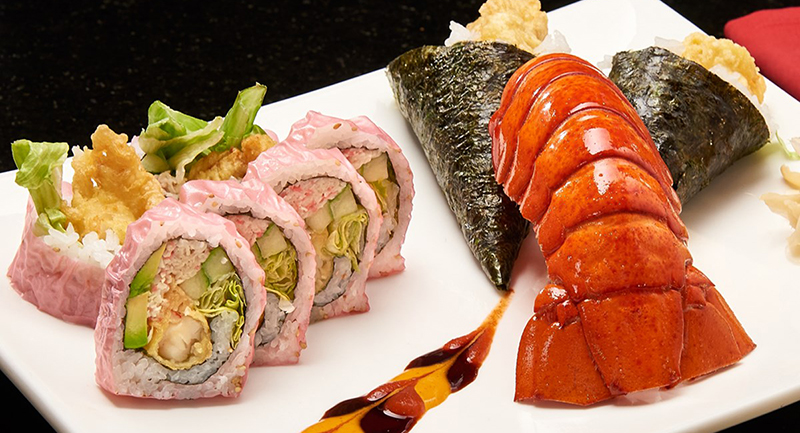 Superb Sushi Spots
Various locations
If you’ve just been hitting the same spot for sushi for ages, it’s time to branch out and see how grand the fresh fish offerings are across the North Shore. For the freshest flavors, delicious combos and most colorful presentations take your pick from the best sushi restaurants on Chicago’s North Shore. Nigiri, sashimi, maki, bento—get your sushi fix in any shape and style you like. Check out our guide to seafood heaven. Best Spots for March Madness
Various locations
Mar. 13–Apr. 4, 2022
Embrace the madness and grab the best seats and eats to catch all the excitement of the NCAA Division Men's Basketball Tournament. Bust out your brackets for the basketball blow-out of the year. North Shore restaurants, taverns and breweries amp up their game with great spots to view, chew or… enjoy a brew.  You can grab the tastiest wings, burgers and pizzas to cheer with the gang or view from home. With hundreds of craft beers to choose from, you’d be mad to miss some. Music Theater Works Presents La Cage Aux Folles
North Shore Center for the Performing Arts, 9501 Skokie Blvd., Skokie
Mar. 10–Apr. 3, 2022
Winner of six Tony Awards—including Best Musical—La Cage Aux Folles is a night full of belly-laughs! The Music Theater Works rendition of the Broadway smash is guaranteed to be one of the most entertaining productions of the year. The theater will be transformed into La Cage’s elegant St. Tropez nightclub with an onstage bar and surprises lurking at every turn. When a non-traditional family’s future in-laws visit, the truth comes out in the wildest of ways! Starring RuPaul’s Drag Race headliner, Ginger Minj, with costumes by Project Runway designer Justin LeBlanc. Wife of a Salesman
Writer’s Theatre, 325 Tudor Ct., Glencoe
Mar. 3–Apr. 3, 2022
Playwright Eleanor Burgess (The Niceties) brings her gift for sharp dialogue and spirited debate to Wife of a Salesman, a world premiere co-presented with Milwaukee Rep. What if a 1950s housewife from a well-known American play drove from Brooklyn to Boston to confront her husband’s mistress? Would the encounter be explosive? Or would the two women discover they have more in common than expected? Inspired by Arthur Miller’s Death of a Salesman, this story imagines how a domestic showdown surfaces themes of marriage, duty and division—and the ways in which the world has, and hasn’t, changed. Now and Then
Oil Lamp Theater, 1723 Glenview Rd., Glenview
Mar. 17–May 1, 2022
The inviting and intimate Oil Lamp Theater kicks off its 2022 season with a heartfelt romantic comedy. It’s 1981 and, as Jamie is closing the bar where he works, a desperate last-minute customer offers him and girlfriend Abby two grand to sit and share a drink. As the trio swaps stories, Jamie considers decisions he faces about his musical career and a future with Abby. The young couple begins to realize the older man is unusually invested in them; but the reason he gives them is unbelievable! Until a very displeased second stranger arrives… Musical Tribute Extravaganzas
SPACE, 1245 Chicago Ave., Evanston
Various dates
Award-wining musicians perform as some of the greatest rock’n’roll legends live on stage. In Even The Losers: The Music of Tom Petty (Mar. 6), Chicago singer, guitarist and bandleader John Mead and the True Believers channel 40 years of songs by the beloved rocker. Abbey Road: All-Star Tribute to The Beatles (Mar. 12) is a labor of love for six of the hardest working performers in Chicago. Along with their significant list of Grammy® winning and recording artist guests, they aim to give to audiences what The Beatles gave them. Stellar Staycationing
Take a spring break without all the bother of airport security or highway headaches. Staycation on the North Shore in one of two dozen top-notch hotels offering a sweet reprieve from the daily grind. Beautiful rooms and suites, excellent service and some luxury amenities will spoil you. Catch a show, get in some leisurely shopping and feast at hot local dining gems. Mix up your plan with outdoor activities, indoor events or even a DIY food crawl (will it be burgers, bakeries, brew pubs?).